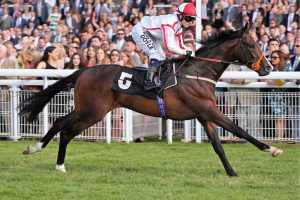 Royal Household had come to hand earlier than expected but was unlucky to fail by the minimum margin on his All-Weather debut at Lingfield Friday 6th April. The draw, a tardy start and being carried wide all conspired against him but despite that he made up all of 6 lengths in the last 300 yards to finish a short head second. Hollie Doyle thought, as we did, he was going to hose up a length but lugged left – cheek pieces are an option next time.   Royal Household is not ideally suited by soft ground so his next race will depend on conditions. He was the best horse in the race and gave the winner a stone.  We have had a frustrating run of four seconds in recent weeks – Scarlet Dragon, No Hiding Place (twice) and now Royal Household. the tide will turn.