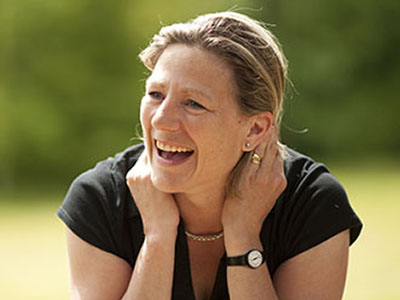 Eve Johnson Houghton has a fantastic record for us. She worked as my right-hand at Shefford Bloodstock in the early 1990’s before becoming Assistant Trainer to the late John Hills and then her father, Fulke. She is very much a part of the Johnson Houghton family dynasty. Her grandmother, Helen, who became a centenarian, was the first lady historically to hold a trainer’s licence and to be made a member of the Jockey Club. Eve’s father, Fulke, trained many top class horses, notably Ribocco, Ribero, Double Form, Habitat and Ile De Bourbon to mention just a few.

Eve’s set up is very much a family business with Fulke and mother Gaie keeping a steady eye on the tiller. My greatest experience with Eve was to be part of the syndicate she ran under her father’s auspices in Tout Seul, who was placed in two 2000 Thousand Guineas, but as a 2 year old won 5 races including the Dewhurst.

Eve has done extremely well in improving two horses, one sent from Lady Cecil, RUNNING DEER, to go from a Timeform rating of 79 to 90 and SCARLET DRAGON, starting off on a mark of 79 to reach a level of 98. She has charge of our progressive 3 year old last year ON TO VICTORY who is an exciting prospect for Cup races this season.  Eve will continue to be our main 2 Year Old trainer.